I turn the spotlight on the following underrepresented cuisines for my cover story in US 1’s 2016 Spring Dining issue: 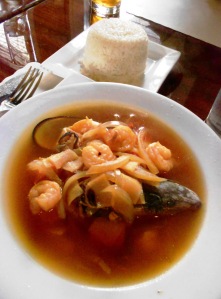 Among this year’s six winners, chosen by the readers of the magazine, are Caron Wendell & Joe McLaughlin of Lucy’s Kitchen & Market in Princeton. (You may recognize this place under its original, long-time moniker: Lucy’s Ravioli Kitchen.) Read what sets apart Caron, Joe, and all these other Garden State greats in the Spring 2014 edition of Edible Jersey. 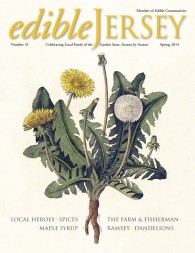 Last year the Shore’s restaurant community was rocked by two back-to-back tragedies: first, the decimation of Superstorm Sandy and then the untimely death of one of its most admired and beloved chef/restaurateurs, Joe Romanowski. With his wife, Maggie, the couple’s restaurants, Bay Avenue Trattoria and before that Joe & Maggie’s, were legendary.

In Joe’s honor, a group of friends – among them Marie Jackson of the Flaky Tart in Atlantic Highlands and Andy Clurfeld, who for many years was restaurant critic for the Asbury Park Press – have founded JoCEF, the central focus of which is culinary scholarships for the Shore’s aspiring chefs. On Monday, March 31st, 30 of the Shore’s most talented chefs (e.g., Drew Araneo of Drew’s Bayshore Bistro) will help raise funds at a gala at the Navesink Country Club in Middletown, starting at 6:30 pm. For the full line-up and for tickets ($75), click here.

African Soiree Raises $16,000 to Fight River Blindness (& How You Can Help)

[Adapted from my In the Kitchen column in the March 14, 2014 edition of the Princeton Packet.]

A feast of authentic African food, the telling of lively African folktales, and a spirited live auction were joyous underpinnings to gala evening I attended earlier this month that raised funds for the United Front Against Riverblindness (UFAR). This Lawrenceville-based nonprofit works to control and eliminate that disease in the Democratic Republic of the Congo (DRC).

More than one-third of the DRC’s 60 million people are at risk for river blindness, which is caused by a parasite and transmitted by black flies. A donation of $10 keeps 6 people from going blind for one year. The medicine, which prevents new cases and arrests the progress of existing ones, is provided free by the Merck Corporation, with UFAR arranging the distribution. UFAR treats more than two million people each year. Annual treatment for each person is required for ten years to eliminate the disease.

For more about the work of UFAR – including how your $250 tax deductible donation to their Adopt-a-Village program can spare a village of 500 people from river blindness – visit www.riverblindess.org, or phone 609.771.3674.

About the African Soiree

Much of the evening’s food was prepared by volunteer members and friends of the Princeton United Methodist Church and almost everything else was donated – including the space at the Princeton Theological Seminary and fare from two area restaurants: Makeda Ethiopian restaurant in New Brunswick and Palace of Asia in Lawrence. 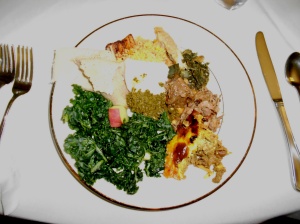 Among the 20-plus church and UFAR volunteers who cooked for the event was Isabella Dougan, who made African banana fritters (recipe below).

They can be served plain or with hot sauce or dusted with confectioner’s sugar.